Description: he only exception is some creasing to first page.

Publishers Description: Ken Burns's documentary The Civil War made television history, breaking all viewing records for a PBS series. Indeed, forty million people saw it, more than the populations of the Union and the Confederacy combined. Newsweek praised it as a stunning television documentary. For a generation of Americans, this documentary is the Civil War. Yet many professional historians criticized it sharply for ignoring the roles of minorities, pointing to a lack of women and of blacks throughout, a disregard for the aftermath of the war (particularly its legacy to race relations), a conventional emphasis on military history rather than social history, and uneven coverage of the military campaigns that gave short shrift to the bloody Western front. Ken Burns's The Civil War brings together detractors, supporters, and Ken Burns himself in a volume that will inspire readers to look again at this stunning documentary, at the way television shows history, and at the Civil War itself. Some contributors are sharply critical. In Noble Women as Well, Catherine Clinton describes the experiences of women during the war, disguised as soldiers, working as nurses in makeshift hospitals, or besieged in caves by enemy armies, saying that Burns ignores these stories completely. Eric Foner and Leon Litwack are even more scathing, saying that the series distorts the legacy of the war by focusing on the preservation of the union, ignoring the importance the institution of slavery had to those who fought the war, and neglecting the experiences of blacks both during and after the war: out of 28 people whose postwar careers are mentioned, only two blacks, both men, are included. Faced with the choice between historical illumination or nostalgia, Burns consistently opts for nostalgia, Foner writes. In response, C. Vann Woodward, who served as an advisor to the series, and Ken Burns himself describe their painstaking efforts to develop a sophisticated interpretation of history in The Civil War. In the process, they explore the question of whether art can, or should, substitute for history. Is the purpose of a documentary such as The Civil War to inform or to entertain? And what happens when the desire to entertain gets in the way of historical accuracy? The answer, according to Woodward, is that the unique power and responsibility of art is to bring the past to life, not to engage in historical polemics. Ken Burns's own response is a defense of his art that is as well-crafted as the series itself. He discusses the unique limitations of television: unlike written history, for example, television documentaries require specific, identifiable visual images, limiting the coverage of subjects with little pictorial documentation. Geoffrey C. Ward, the series writer, defends their choices of interpretation and coverage in the series, and pleads eloquently for greater cooperation between filmmakers and historians. And Burns praises the power of television to move, inform, and educate, pointing to its unique responsibility in an age where Americans receive more and more of their information through television and film. The Civil War sparked emotions, curiosity, debate, and a desire to learn more about this bloody crossroads in American history. Ken Burns's The Civil War is for anyone who was intrigued and touched by that monumental series, and by the even more monumental war that it illuminated.


The Cellar-House Of Pervyse. The Incredible Account Of Two Nurses On The Western Front During The Great War 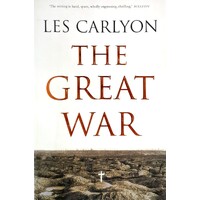 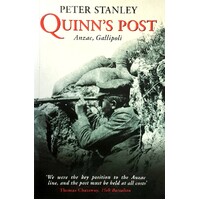 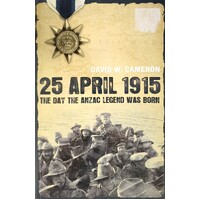 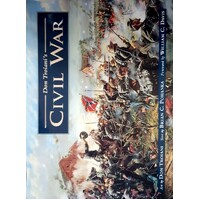 The Army Without A Country Model Aeroplanes Of World War One. Design And Construction Anzac And Empire. The Tragedy And Glory Of Gallipoli