Alistair Cooke Reporting America. The Life Of The Nation 1946-2004

Description: 400 pages. Book and Jacket are both in Very good condition throughout.

Publishers Description: Reporting America is a magnificent collection of Alistair Cooke's key dispatches on the key moments, movements, men and women of post-war America. Alistair Cooke was the greatest, and most humane, of all modern reporters and interpreters of America, his adopted country, to his native Britain and to the world. Starting with his first broadcast 'Letter from America' on embarking in 1946 for America on a ship filled with tearful GI brides, here are the stories of a nation. Korea, the McCarthy witch hunts, Civil Rights, JFK, the moon landings, the moving eye-witness account of Robert Kennedy's assassination, Nixon's resignation and Clinton's scandals, right up to the attacks of September 11th and the war in Iraq. Also containing Cook's observations on the great, good and downright bad, and on the views of the ordinary people he met, as well as his daughter Susan's memories of her father, Reporting America is a tribute to an extraordinary man and the country he loved. 'The voice of America ... Here was a man who made intelligent, honest sense of decades of assassinations, scandals, elections, boom times and broken dreams ... an indispensable record of twentieth-century American culture'  Peter Kimpton, Observer 'Vintage Cooke'  David Dimbleby 'A rich picture of America, so vivid ... the fresh first pressing of history'  James Naughtie, Sunday Telegraph Alistair Cooke (1908-2004) enjoyed an extraordinary life in print, radio and television. The Guardian's Senior Correspondent in New York for twenty-five years and the host of groundbreaking cultural programmes on American television and of the BBC series America, Cooke was, however, best known both at home and abroad for his weekly BBC broadcast Letter from America, which reported on fifty-eight years of US life, was heard over five continents and totalled 2,869 broadcasts before his retirement in February 2004, far and away the longest-running radio series in broadcasting history.

400 pages. Book and Jacket are both in Very good condition throughout. Memories Of The Great And The Good Toms River. A Story of Science and Salvation Area 51. An Uncensored History Of America's Stampede To Timberline. The Ghost Towns And Mining Camps Of Colorado One Man's Montana. An Informal Portrait Of A State The Spirit Of The Place. Indiana Hill Country 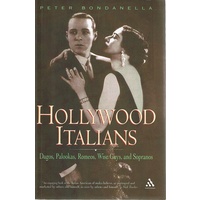