Big Dragon. China's Future. What It Means For Business, The Economy, And The Global Order

Description: 404 pages. Book and Jacket appear to have hardly been read and are both in As new condition throughout.

Publishers Description: No country poses as significant a set of challenges to America's business and political agenda as China. A few years ago, political pundits naively envisioned China evolving into a liberal, democratic society with limitless potential for American companies. Now the pendulum has swung in the other direction-- toward the prospect of a new cold war, with uncertainty and fear evocative of the old "yellow peril" dominating the debate over China's emergence as a new world power. In "Big Dragon", Dan Burstein, the bestselling author of "Yen!", joins with China specialist Arne de Keijzer to offer the first comprehensive look at China and its future in the new post-Deng Xiaoping era. "Big Dragon" offers a practical blueprint for business people, policy makers, and concerned citizens alike as they contemplate new strategies for dealing with China-- a nation that will be either America's partner or its adversary in the global order of the future. Neither Pollyannaish nor hawkish, the authors have a powerful and perceptive grasp of the issues involved. They have been traveling to China, doing business in China, and writing about China since the early seventies. "Big Dragon" is based on their extensive research and firsthand encounters with Chinese leaders (including the late Deng Xiaoping), as well as the thinkers and entrepreneurs who are creating the new Chinese economic system.Leading American companies such as Boeing, Motorola, General Electric, Westinghouse, General Motors, AT,T, Coca-Cola, and Microsoft see China as a critical market for their global growth strategies. Indeed, the China market is so large and growing so fast that no U.S. company can ignore it. As U.S. based companies compete with European, Japanese, and other Asian companies in the twenty-first century, their China strategies may well be a key factor determining their overall success or failure.The authors articulate a fresh, intelligent, and innovative business and political strategy for the United States, rooted in realistic assessments of where China is coming from and where it is headed. "Big Dragon" is the most ambitious book yet to delve into China's future and introduce readers to the myriad ways in which American business, politics, and lifestyles will be affected by China's rise in the twenty-first century. It provides a hardheaded, realistic, and ultimately positive vision of how China's political landscape will change over the next twenty-five years-- and how the United States can change with it.

404 pages. Book and Jacket appear to have hardly been read and are both in As new condition throughout.


Matilda. Her Life And Legacy 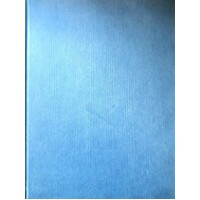 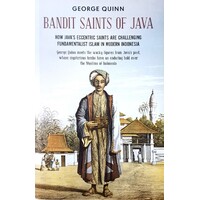 Cambodia's Curse. The Modern History Of A Troubled Land Japanese Inn. A Reconstruction Of The Past 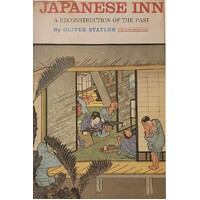 The Fall Of Soeharto 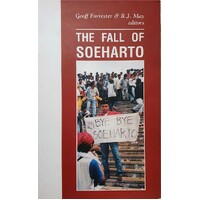