Description: 195 pages. Book and Jacket appear to have hardly been read and are both in Fine condition throughout.

Publishers Description: It is Brighton, 1959, and the theatre at the end of the pier is having its best summer season in years. Ronnie, a brilliant young magician, and Evie, his dazzling assistant, are top of the bill, drawing audiences each night. Meanwhile, Jack - Jack Robinson, as in 'before you can say' - is everyone's favourite compere, a born entertainer, holding the whole show together. As the summer progresses, the off-stage drama between the three begins to overshadow their theatrical success, and events unfold which will have lasting consequences for all their futures. Rich, comic, alive and subtly devastating, Here We Are is a masterly piece of literary magicianship which pulls back the curtain on the human condition. 'One to watch for 2020' according to: The Sunday Times The Times The Daily Telegraph The Guardian Financial Times Evening Standard The Scotsman The Irish Times 'He tells simple, truthful stories about what feel like real people. Here We Are is a welcome addition to a proud legacy.' The Big Issue The variety of voices and its historical and emotional reach are so finely entwined, it is as perfect and smooth as an egg. Passages leap out all the time, demanding to be reread, or committed to memory... It is perhaps too simple to say that Swift creates a form of fictional magic, but what he can do with a page is out of the ordinary, far beyond most mortals' ken.' Rosemary Goring,The Herald 'Here We Are is a subtle portrait of a vanished world, with moving passages about the problems of wartime evacuees returning to impoverished London life after the wonders of the countryside.' The Independent 'In Here We Are, Swift does not just dwell on the pivotal moments of our lives, but traces their shockwaves both forward and back. Moving seamlessly from pre-war to post, from the events of one illusory, youthful summer to the present, we are given candid access to the innermost reflections of three people who loved and betrayed each other. The end result is the stuff of life, an enduring mystery that Ronnie, Evie, Jack - that we all - must live with. I thought it was wonderful.' Joseph Knox, author of Sirens 'As with all his books, it's the moments of quiet, undramatic poignancy that stay with you' Sunday Express 'a quietly, devastating, magical novel' Telegraph 'With a wizardry of his own, Swift conjures up an about-to-disappear little world and turns it into something of wider resonance' Sunday Times 'We are propelled into something extraordinary...Swift's closing account of a mundane world momentarily pierced by a shaft of numinous mystery is magnificent' New York Times 'Graham Swift has perfected a distinctive style...his beautiful new novel Here We Are...is a work of magic: neither trick nor illusion, but a flash of truth' Wall Street Journal 'Swift captures the tragicomedy of life' Washington Post 'Here We Are is a paragon of the magic of compressed narration...Once again, Swift has demonstrated wizardry in his ability to conjure magic out of ordinary lives' NPR USA ' '"Here we are." How easily those three small words can vanish in expected niceties-and how loaded they can be with bewilderment at the inexorable ''tilt of the world''. Graham Swift conjures them all, and more, in this short, word-perfect novel' Sydney Morning Herald 'Graham Swift is the quiet master of fiction' The Age, Melbourne 'An ethereal foray into the vanishing world of the magician...beautiful, breath-taking and heart-wrenching' Australian Women's Weekly 'In 2016 with his book Mothering Sunday Graham Swift reached a high plateau of storytelling art...Graham Swift's new novel Here We Are is on the same high plateau as Mothering Sunday' Suddeutsche Zeitung, Germany 'The beauty of Graham Swift's books is that he gives you what you want without your knowing that you wanted it. How does he achieve this magical feat? It remains his secret. What a magician' Tagesspiegel, Germany 'Swift is a master of the nuance and the hint, of what remains unsaid. In this respect a novel about magic and illusion seems exactly the right terrain for him...Once again he proves that he is one of the great conjurers of contemporary literature' Wiener Zeitung, Austria 'Swift employs an unadorned but intense, musical prose that bathes the events described in an elusive gleam...Not for the first time Graham Swift captures the magic and mystery of 'ordinary' lives' Het Parool, Netherlands 'The author knows, as always, how to render the human condition with a light touch... To catch the magic of life in words: an undertaking Graham Swift has mastered like no one else' De Telegraaf, Belgium 'Swift doesn't write, he whispers. His work is characterised by stories of ordinary life that, thanks to his mediation, always reveal a universal dimension...Here We Are is yet more proof of his incredible soft-voiced technique...a perfect example of Swift's ability to touch the hidden poetry in every human being' Corriere della Sera, Italy It is one of those wonderful tales that one could have read fifty years ago or discovered half a century hence with the same delight, one of those novels of timeless beauty-thanks to the art of Graham Swift, who has no equal in evoking the atmosphere of an era while probing human psychology with irony and tenderness' L'Express, France Praise for Mothering Sunday: 'Bathed in light; and even when tragedy strikes, it blazes irresistibly... Swift's small fiction feels like a masterpiece' Guardian 'Alive with sensuousness and sensuality ... wonderfully accomplished, it is an achievement' Sunday Times 'From start to finish Swift's is a novel of stylish brilliance and quiet narrative verve. The archly modulated, precise prose (a hybrid of Henry Green and Kazuo Ishiguro) is a glory to read. Now 66, Swift is a writer at the very top of his game' Evening Standard 'Mothering Sunday is a powerful, philosophical and exquisitely observed novel about the lives we lead, and the parallel lives - the parallel stories - we can never know ... It may just be Swift's best novel yet' Observer England And Other Stories 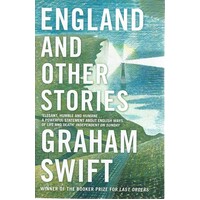 
The Chronicles Of Downton Abbey. A New Era 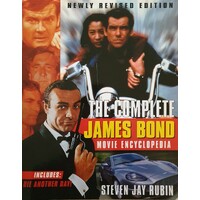 A Pictorial History Of The Silent Screen Writing Movies for Fun and Profit. How We Made a Billion Dollars at the Box Office and You Can Too Roberto Rossellini. Magician Of The Real 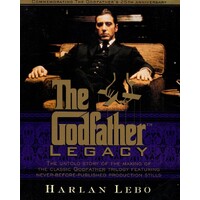