Description: 286 pages. Book and Jacket appear to have hardly been read and are both in As new condition throughout.

Publishers Description: Him & Me is a hugely entertaining and irreverent account of a unique relationship between a father and son. Written in two distinctive styles, it reflects the larger-than-life personalities of its authors, Jack and Michael Whitehall. This book is a portrait of the pretty odd relationship I have with my elderly father. Its given me an opportunity to share memories of him losing his temper with foreigners on holidays, being rude to my mothers family at Christmas and failing epically during the fathers race at my prep school. Hes also written some stories about me, but can I just say, before you read anything, that I recall being a calm, well-behaved and learned child, not the intellectually subnormal, mal-coordinated dipshit that he paints me as. Nor am I, as he suggests inside, a sex addict, a flasher or a Scientologist. Jack How dare Jack refer to me as elderly! People always tell me how young I look for my age. In this book, I have at last been able to recount the many occasions when I have been let down by my only son. He failed on the stage, the sports field and he even screwed up the interview for his first boarding school by pretending he had mental health issues. Despite being practically illiterate, he tells stories about me, strewn with grammatical errors and peppered with endless exaggerations and lies. I was a kind, doting father, who guided his son through his formative years with love, care and respect. Michael Im not your only son, what about Barnaby? Oh yes, I forgot about Barnaby. Packed with anecdotes, some embarrassing and indiscreet, many warm and touching, Him & Me is lavishly illustrated with family photographs and Jacks original illustrations. Friends, relatives, neighbours, teachers, actors, none are safe once Jack and Michael have opened up the Whitehall archives and shared their hilarious memories with us. Praise for Him & Me: The rapport between them is palpable and priceless . . . crackles with their back-and-forth dynamic... an embarrassment of biographical riches Daily Telegraph Disgracefully funny and rather touching R4 Midweek Jack Whitehall is a comedian, actor and television presenter. Following his first solo show at the 2009 Edinburgh Fringe Festival, he has subsequently won numerous comedy awards, most recently King of Comedy, voted for by the public at both the 2012 and 2013 British Comedy Awards. A regular guest on panel shows, including Have I Got News For You and A League of Their Own, he is currently starring in two hit TV series: Bad Education for the BBC, which he also wrote, and the award-winning Channel 4 series Fresh Meat in which he plays JP. Jacks new national arena tour Jack Whitehall Gets Around played to sell-out audiences across the country and will be available on DVD this Autumn. Michael Whitehall as a theatrical agent has been involved in the careers of many eminent actors, including Colin Firth, Richard Griffiths, Angela Thorne, Michael Fassbender, Daniel Day Lewis, Nigel Havers and Judi Dench. He is also a television and theatre producer. His memoir Shark Infested Waters was published in 2007 and is currently being developed for television. He appeared with Jack at the 2011 Edinburgh Fringe Festival in Backchat, which was subsequently commissioned by BBC TV as a six-part series and screened in the Autumn of 2013. A second series is due for transmission in the Summer of 2014. He recently fulfilled his lifelong ambition of appearing in Dictionary Corner on Countdown. 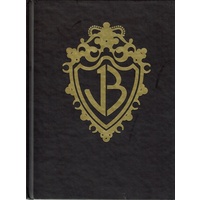