Description: 356 pages. Ex-Library. Book and Jacket are both in Very good condition throughout.

Publishers Description: The civil rights movement that spanned the years following the Brown v. Board of Education decision of 1954 through the passage of the Voting Rights Act of 1965 marked a watershed period for human rights in America. Julian bond, former communications director of Student Nonviolent Coordinating Committee (SNCC), notes in his introduction that the words civil rights summon up memories and images in modern minds of grainy television footage of packed mass meetings, firehoses and police dogs, of early 1960s peaceful protestors replaced over time by violent rioters, of soul-stirring oratory and bold actions, of assassination and death. The civil rights movement was also a movement of courage, of perseverance, of strength and of triumph. The Civil Rights Movement covers the key years from 1954 to 1965 in detail. It also traces the roots of the civil rights movement to the 19th century in the years following the Emancipation Proclamation through the Reconstruction period. The Civil Rights Movement provides hundreds of firsthand accounts of the movementfrom letters, speeches, newspaper editorials and press statementsthat illustrate how historical events appeared to those who lived through them. Among the eyewitness testimonies included are those from Martin Luther King Jr., Thurgood Marshall, Malcolm X, President Lyndon Johnson, Stokely Carmichael, Rosa Parks and Ralph Abernathy. In addition to the firsthand accounts, each chapter provides an introductory essay and a chronology of events. The book also includes such critical documents as the Formation of the NAACP, the Brown v. Board of Education decision, the Southern Manifesto, the Civil Rights Act of 1964 and the Civil Rights Act of 1991 as well as capsule biographies of more than 100 key figures, a bibliography, an index and 80 black-and-white photographs. Eyewitness Testimony on the Civil Rights Movement: If there is no struggle, there is no progress. Those who profess to favor freedom, and yet deprecate agitation, are men who want crops without plowing the ground. They want the ocean without the awful roar of its many waters. This struggle may be a moral one; or it may be a physical one; or it may be both moral and physical; but it must be a struggle. Power concedes nothing without a demand. Frederick Douglass, August 3, 1857 The problem of the twentieth century is the problem of the color line. W. E. B. DuBois, 1903 This is what I wanted to know: when and how would we ever determine our rights as human beings?...It just happened that the driver made a demand and I just didn t feel like obeying his demand. He called a policeman and I was arrested and placed in jail. Rosa Parks, on why she refused to give up her seat on a segregated bus in Montgomery, Alabama on December 1, 1955 I believe in segregation. I think it s the best way, but I am a realist enough to believe that we will have total integration one day. It might not be in my lifetime or in my children s, but it will come. As the laws change to meet the times, I will support the law. Laurie Pritchett, Albany, Georgia police chief, December 17, 1961 I have a dream that one day on the red hills of Georgia, the sons of former slaves and the sons of former slaveholders will be able to sit down together at the table of brotherhood...I have a dream that my four little children will one day live in a nation where they will not be judged by the color of their skin but by the content of their character. Martin Luther King Jr., August 28, 1963

356 pages. Ex-Library. Book and Jacket are both in Very good condition throughout. A Comparative Approach To American History A Country Of Limitations. Canada And The World In 1939 A Cruising Guide To The New England Coast. Including The Hudson River, Long Island Sound, And The Coast Of New Brunswick 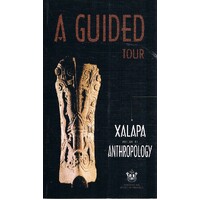 A History Of American Pewter A History Of Lower California (The Only Complete And Reliable One) 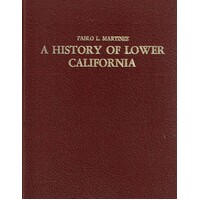 A History Of The American Assoc.of Petroleum Geolists. The First 50 Years. Bulletin April 1966. 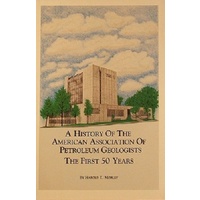 A History Of The Amish 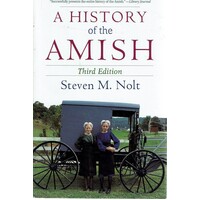 A Look At Boulder From Settlement To City