Description: 549 pages. Book appears to have hardly been read and is in Fine condition throughout.

Publishers Description: On the basis of the evidence it is surely not possible for any reasonable, fair- minded person to sustain the accusation that the British generals, as a group, were entirely to blame for the tragic losses on the Western Front. Neillands' premise, whichever way you look at it, is indisputable--they can't all have been incompetent. After all, they did end up on the winning side. There were mistakes, certainly, he concedes, but why isn't this surprising in the least? Because he is, once again, stating the blindingly obvious. And you get the impression reading the book that it was the sheer bloody-minded crassness of the accusations, the very unshakability of the popular belief propagating their reputation for ineptitude, that inspired him to write his own appraisal of the British generals' wartime actions. From the outset it is clear that Neillands' verdict is to be, by and large, Not guilty. Restricting his field of enquiry to the Western Front, he constructs a most circumspect, thorough and systematic analysis of the major battlefield encounters of the British in the First World War. His attitude is understanding and forgiving: blame is redirected (though it is certainly not his purpose to condemn anyone), mainly to the Government, though by extension, also to the electorate who brought the politicians to power with a remit for lower taxes (and thus a smaller army). Britain lacked the infrastructure for such a war; its standing army and reserves were dwarfed by those of the mainland powers, and its officers and soldiers lacked experience, most of their recent operations having been on open plains of southern Africa, a far cry from the sodden trenches of Europe. On top of this, the British Expeditionary Force's autonomy was severely restricted for much of the time, as it was under political orders to act subordinately to the French generals. Nor was it true that the generals lived in the relative lap of luxury, in French chateaux far behind enemy lines and well out of danger--the number of casualties of the highest rank was so great it suggests that a more valid criticism might be that they weren't careful enough with their own lives! Their main problem, though, was that this was an altogether new type of warfare--the marriage of the tactics of 19th-century warfare with the increasingly sophisticated and destructive weapons of the 20th century, made for very messy, high-casualty fighting. The point is that under these exceedingly testing circumstances, fighting against a fearsome army that was possibly the best-equipped, most well-drilled and dedicated to take the field up till that point in history, the British army successfully adapted and eventually prevailed. This was no mean feat and the British generals should not be robbed of their fair (and considerable) share of the credit for this. His self-appointed task is not that of apologist, nor is it to demean anyone else involved in this great effort. Rather, it is, with a real sense of injustice, to right the wrongs inflicted by history on the generals. This is popular history to explode popular myths, though one suspects that, despite all his hard work and the accessible manner in which he presents his findings, it will be many more years before the popular imagination judges the generals with his even- handedness. --Alisdair Bowles


In The Combat Zone. Special Forces Since 1945. 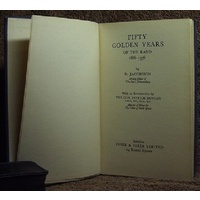 36 Days. The Untold Story Behind The Gallipoli Landings 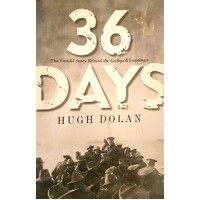 In The Footsteps Of Private Lynch The Second Seminole War And The Limits Of American Aggression World War I Day By Day The Encyclopedia Of Nineteenth-Century Land Warfare. An Illustrated World View Seize And Hold. Master Strokes On The Battlefield