Description: 492 pages. Book and Jacket appear to have hardly been read and are both in As new condition throughout.

Publishers Description: In his three-volume history, Antony Polonsky provides a comprehensive survey - socio-political, economic, and religious - of the Jewish communities of eastern Europe from 1350 to the present. Until the Second World War, this was the heartland of the Jewish world: nearly three and a half million Jews lived in Poland alone, while nearly three million more lived in the Soviet Union. Although the majority of the Jews of Europe and the United States, and many of the Jews of Israel, originate from these lands, their history there is not well known. Rather, it is the subject of mythologizing and stereotypes that fail both to bring out the specific features of the Jewish civilization which emerged there and to illustrate what was lost. Jewish life, though often poor materially, was marked by a high degree of spiritual and ideological intensity and creativity. Antony Polonsky recreates this lost world - brutally cut down by the Holocaust and less brutally but still seriously damaged by the Soviet attempt to destroy Jewish culture. Wherever possible, the unfolding of history is illustrated by contemporary Jewish writings to show how Jews felt and reacted to the complex and difficult situations in which they found themselves. This second volume covers the period from1881 to 1914. It considers the deterioration in the position of the Jews during that time and the new political and cultural movements that developed as a consequence: Zionism, socialism, autonomism, the emergence of modern Hebrew and Yiddish literature, Jewish urbanization, and the rise of popular Jewish culture. Galicia, Prussian Poland, the Kingdom of Poland, and the tsarist empire are all treated individually, as are the main towns of these areas. *** Winner of the 2011 Kulczycki Book Prize for Polish Studies, awarded by the American Association for Slavic, East European, and Eurasian Studies. *** "No one interested in Jewish, Polish, or Russian history can afford to be without these volumes . . . will long remain the standard work on this crucial Jewish community . . . The most important thing one can say about Antony Polonsky's The Jews in Poland and Russia is: get it and read it!" - Theodore R. Weeks, The Polish Review ‹Å“*** "This superb and very up-to-date book is very well written, carefully documented, balanced, and will be a standard reference in the field. It has a glossary and a wide-ranging bibliography, very useful maps, and statistical tables all of which make it a good starting point for any reading on East European Jewry." - Shaul Stampfer, Religious Studies Review, Vol. 38, No. 2, June 2012 *** "Polonsky's strength lies in his ability to illuminate intellectual and cultural developments . . . Because of the excellent bibliographies, extensive annotation, and wonderful maps included in each volume, any reader wishing to read in greater detail about Polish and Russian Jewry will have plenty of resources to enable the search." - Alexandra S. Korros, Jewish Quarterly *** "Antony Polonsky's particular scholarly achievement lies in the fact that he combines a masterful grasp of Jewish history with that of Eastern Europe. . . . these beautifully narrated volumes should not only be seen as a staple for university courses, but also as a must-read for anyone attempting to understand any aspect of modern Jewish history and religious tradition.... It all originates in Eastern Europe, Antony Polonsky reminds us, and without understanding our collective past, how can we understand our present." - European Judaism, Vol. 46, No. 2, Autumn 2013‹Å“*** "The first serious, and most successful, effort thus far to summarize the history of the Jews of 'Eastern Europe' . . . the first book to synthesize the vast research that has emerged since the seventies . . . comprehensive and multidisciplinary . . . there is no book today that can compare to its scope and to the vast and new materials that he brings forth and analyzes with a broad imagination, an intensive approach, and a moderate style." - Moshe Rosman, Zion [Subject: Jewish Studies, Polish Studies, Russian Studies, East European Studies, History]‹Å“‹Å“‹Å“


An Introduction To Celtic Mythology The Future Is History. How Totalitarianism Reclaimed Russia The Kingmaker's Sisters. Six Powerful Women In The Wars Of The Roses 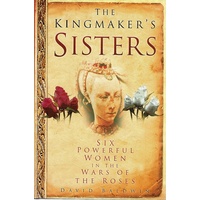 The Pelican Social History Of Britain. British Society Since 1945 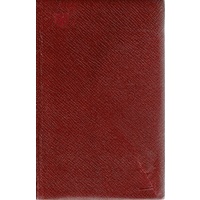 Book Of The Countryside