The Magical Chorus. A History Of Russian Culture From Tolstoy To Solzhenitsyn

Description: 333 pages. Ex-Library. Jacket is in general good condition. There is some light reading wear present and a mark underneath jacket, but still a presentable copy. Book appears to have hardly been read and is in Fine condition throughout.

Publishers Description: From the reign of Tsar Nicholas II to the brutal cult of Stalin to the ebullient, uncertain days of perestroika, nowhere has the inextricable relationship between politics and culture been more starkly illustrated than in twentieth-century Russia. In the first book to fully examine the intricate and often deadly interconnection between Russian rulers and Russian artists, cultural historian Solomon Volkov (who experienced firsthand many of the events he describes) brings to life the human stories behind some of the greatest masterpieces of our time.Here is Tolstoy, who used his godlike place among the Russian people to rail against the autocracy, even as he eschewed violence; Gorky, the first native writer to openly welcome the revolution and who would go on to become Stalins closest cultural advisor; Solzhenitsyn, who famously brought the horrors of the Soviet regime to light. Here. too, are Nabokov, Pasternak, Mayakovsky, Akhmatova. In each case, Volkov analyzes the alternate determination and despair, hope and terror borne by writers in a country where, in Solzhenitsyns maxim, a great writer is like a second government.�This is also the story of the nations leading lights in painting, music, dance, theater, and cinemaKandinsky and Malevich, Rachmaninoff and Stravinsky, Diaghilev and Nijinsky, Stanislavsky and Meyerhold, and Eisenstein and Tarkovskyand the ways in which their triumphs influenced, and were influenced by, the leadership of the time. With an insiders insight, Volkov describes what it was like to work under constant threat of arrest, exile, or execution. He reminds us of the many artists who were compelled to live as migrs, and explores not only their complicated relationships with their adopted countries but Russias love-hate relationship with Western culture as a wholea relationship that has grown increasingly charged in the wake of the Soviet Unions collapse.Epic in scope and intimate in detail, The Magical Chorus is the definitive account of a remarkable era in Russias complex cultural life. 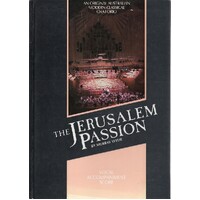 The Magical Chorus. A History Of Russian Culture From Tolstoy To Solzhenitsyn 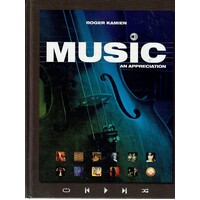 The Music Lover's Guide To The Instruments Of The Orchestra 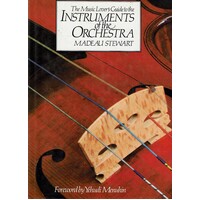 So This Is Music The Faber Book Of Opera Come To The Opera Music In The 20th Century From Debussy Through Stravinsky A Beginner's Guide To Opera