Description: 414 pages. Book appears to have hardly been read and is in Fine condition throughout. Helena Nicholls-ex-world-famous Pop Star And Prime Time DJ-wakes Up In Hospital To Find Her Looks, Her Career And Her Personal Life In Tatters. She Has Been Let Down By Her Boyfriend, And The One Person She Loved Most In The World-her Best Friend Since The Age Of Five - Is Dead.

Publishers Description: No matter how the lyrics of your life are written, how you play the song is up to you.Helena Nicholls is no ordinary girl. In fact, she’s famous. For many years she was the bassist and lyricist for Blue Idea, a band worshiped by adoring fans all over the world throughout the eighties. Following their breakup, Helena switched gears and became the most popular morning DJ in London with her all-request show. Listeners could call her and request songs, but Helena wouldn’t play them until the callers gave the details of why they wanted her to play them—where they were when they first heard the song, what they were wearing, who they were with, and why the song means so much to them. The show’s success put Helena back on the map, but now all that’s over.After a night of partying ends in a horrible accident, Helena wakes up in a hospital bed. As she groggily opens her eyes, she realizes that her irresponsible behavior, so completely uncharacteristic of her, has left her bruised and battered. The doctors tell her it will take months to recover—who knows if her wounded ego will ever heal.To make matters worse, the accident has made international headlines. Her boss, unhappy with all the negative publicity, has bad news—she has been fired from her prime time radio show and offered a humilating demotion to the two a.m. slot: the graveyard shift. Desperate, depressed, and sure her life is over, Helena comes up with the Plan. She is going to create a playlist of songs that have defined her life and write her autobiography, using these songs as the chapters.As the Plan begins to unfold, so does this poignant, funny, compulsively readable novel. Stringing the most important aspects of her life together with pop songs from the seventies, eighties, and nineties, Helena starts to deal with all of the unsettled parts of her past and the uncertainty of her future. Whether she’s confronting a new love interest or mourning the recent death of her lifelong best girlfriend, Helena continues to find solace and wisdom in the one thing that has gotten her through every crisis—music. Only one question remains: What will she do for an encore?A High Fidelity for women, To Be Someone is a hip and engaging novel featuring a unique protagonist given to dark self-introspection but with an irrepressibly funny, self-aware voice—a voice that speaks directly to every woman who has had a best friend, felt awkward moving to a new school, dated the wrong guys, obsessed over a new band, or fought with her mother.From the Hardcover edition.

414 pages. Book appears to have hardly been read and is in Fine condition throughout. Helena Nicholls-ex-world-famous Pop Star And Prime Time DJ-wakes Up In Hospital To Find Her Looks, Her Career And Her Personal Life In Tatters. She Has Been Let Down By Her Boyfriend, And The One Person She Loved Most In The World-her Best Friend Since The Age Of Five - Is Dead. 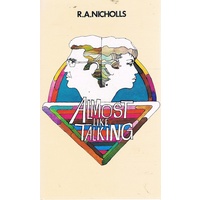 Shame Of Man. The Towering Sequel To Isle Of Women The God Of Small Things 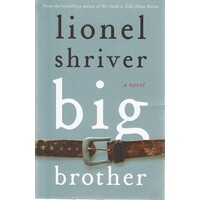 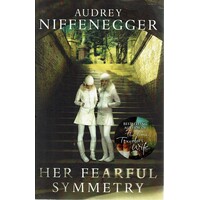 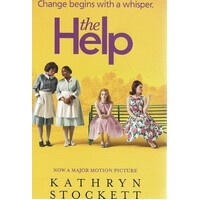